Two Boston men were arrested this past week for exposing themselves on the MBTA. Lawrence MaGuire, 59 of Dorchester, and John A. Beyers, 64 of Brighton, were separately charged with the unlawful public indecency acts. Each have been charged with Open and Gross Lewdness and Indecent Exposure. 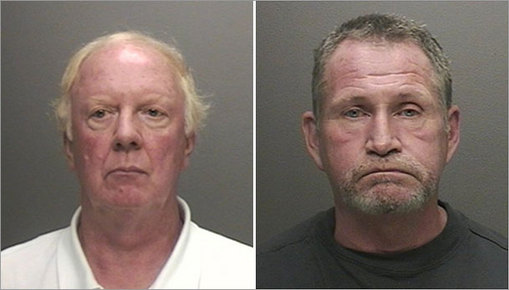 Beyers is alleged to have exposed him to several women on July 22 at the Reservoir Station in Brookline. A witness to the incident apparently took a photo of Beyers with a cell phone and published the man’s photo on Twitter. The Boston Herald, after becoming aware of the Twitter posts, alerted the MBTA, who apparently recognized Beyers from prior incidents. This led to Beyers’ arrest yesterday.

Indecent Exposure:
The crime of Indecent Exposure is the intentional exposure of one’s genitals to one or more persons, who were offended as a result, which carries a maximum penalty of up to 6 months in the House of Corrections.

By contrast, the crime of Open and Gross Lewdness includes the intentional exposure of genitalia, but has the additional element that it must be done in a way as to produce alarm in shock.