Johnny Hippolite, 30, and Gerald Blain, 35, were with arrested and charged with Shoplifting and Receiving Stolen Property Over $250.

According to the Braintree Police, one was allegedly observed stealing two bottles of cologne while the other man served as a lookout. Police also allegedly recovered over $400 of stolen merchandise from Macy’s.

END_OF_DOCUMENT_TOKEN_TO_BE_REPLACED

Two men, one from Boston and the other from Stoughton, were arrested this past Saturday on Massachusetts Theft Crimes and Violent Crimes Charges in an alleged purse snatching incident.

Nathaniel Webster, 32, of Boston, and Tameika Dunbar, 29, of Stoughton, were both charged with Unarmed Robbery, Resisting Arrest and Assault & Battery.

According to the Boston Police Department, Webster and Dunbar allegedly came behind two woman in Mattapan, hit them and stole one of their purses. The pair was reportedly arrested after their car was pulled over nearby by responding police officers.

END_OF_DOCUMENT_TOKEN_TO_BE_REPLACED 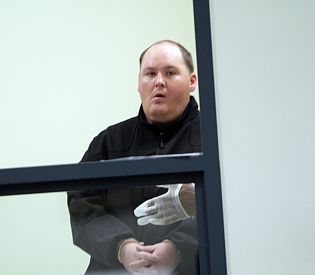 A man who worked as a substance abuse counselor was charged in Cambridge District Court this past week on Massachusetts Theft Crimes Charges for allegedly attempting to scam clients by promising a reduction in their criminal charges in exchange for a “court fee”.

Greg Skinner was arraigned in Cambridge District Court this week on charges of Larceny Over $250 by False Pretenses.

The Middlesex District Attorney’s Office alleges that Skinner, in his role as a drug counselor, tried to persuade client he was counseling to pay him a hefty “court fee”, and that he, in exchange would arrange so that their criminal charges would be reduced. He would allegedly tell client that he had connections to the court’s Probation Department and that the charges would be reduced for a fee of $2,750.

END_OF_DOCUMENT_TOKEN_TO_BE_REPLACED

The Boston Globe reported that Canton Police arrested 2 brothers, one from Dorchester and the other from Quincy, with Massachusetts Theft Crimes Charges in connection with the robberies of at least 30 Dunkin Donuts across Massachusetts.

Canton Police arrested Peter Wallace, of Dorchester, and Wayne Wallace, of Quincy, were arraigned in Stoughton District Court on theft charges including Breaking & Entering in the Nighttime to Commit a Felony; Malicious Destruction of Property and Unlawful Possession of Burglarious Tools.

END_OF_DOCUMENT_TOKEN_TO_BE_REPLACED

Three men, two of which were employees of the armored car company, were arrested this week on Massachusetts Robbery Charges in connection with Monday’s armored car robbery in Methuen: Eliezer Martinez, 26, and Jose Salazar Vasquez, 21, both from Lawrence; and Justin Levesque.

Methuen Police and Boston FBI reported that the men, two of which are employees of the armored car company, that they were working a transaction shortly after 3:00 p.m. when they were approached by a man with a gun and ordered back into the armored car where they were robbed.

The Essex County District Attorney’s Office, however, reported that the armored car guards allegedly gave conflicting stories, purportedly not getting straight the description of the alleged robber.

END_OF_DOCUMENT_TOKEN_TO_BE_REPLACED

Wilbert Nickerson, 76, of Weymouth, was arrested this past Sunday on Massachusetts Theft Crimes Charges for allegedly stealing several hundred dollars in church donations from the St. Jerome Parish in Weymouth.

Nickerson was arraigned Monday morning in Quincy District Court on three counts of Larceny Over $250, a felony.

According to the Weymouth Police Department and the Norfolk County District Attorney’s Office, Wilbert Nickerson was one of a handful of volunteers who was responsible for counting donations from the collections after church services. Church officials had reportedly suspected Nickerson of stealing from the collections, and this past Sunday, along with the Weymouth Police Department, allegedly used hidden cameras for surveillance while he counted the money.

END_OF_DOCUMENT_TOKEN_TO_BE_REPLACED

Misael Fuentes, 23, was arrested by Boston Police Officers Monday morning following a stolen car chase in Roxbury. He was charged with several Massachusetts Theft Crimes Charges, as well as Crimes of Violence Charges. Fuentes has been charged with Assault & Battery with a Dangerous Weapon, Failure to Stop for Police, Receiving Stolen Motor Vehicle, Leaving the Scene of an Accident After Causing Property Damage, and Unlawful Possession of Burglarious Tools.

According to the Boston Police Department, officers were conducting surveillance of a stolen car that was, at the time, not occupied. Sometime later, police allegedly observed someone get into that stolen car and drive off. Boston Police initially lost sight of the car, but were then able to locate it, but it was again unattended. A short while later, however, officers observed a person get into that car and drive off. At that time, Boston Police reportedly tried to stop the car, but the Fuentes allegedly sped up and led police on a chase in Roxbury.

During the chase, Boston Police allege that Fuentes “bumped” an officers’ car, and also allegedly struck two other cars. The person driving the car was reportedly able to evade police, and when the car was again relocated, it was unoccupied.

END_OF_DOCUMENT_TOKEN_TO_BE_REPLACED

Andres Townes and Gloria Escobar, both of Revere, were arrested on Massachusetts Theft Crimes Charges in connection with fraudulent fare-evasion scheme that police allege bilked the Massachusetts Bay Transportation Authority of $4 million. Both were arraigned in Salem District Court earlier this week on charges including Larceny and Conspiracy to Commit Larceny.

According to police, Andres Townes and Gloria Escobar allegedly conspired in the production and sale of discounted MBTA passes to thousands of people in the greater Boston area and across Massachusetts. The alleged scheme was reportedly initiated from a single ad on Craigslist, and grew to a conglomerate involving a entire network of distributors serving customers making orders of the passes to a post office address.

The scheme was reportedly discovered by an MBTA conductor who noticed that a customer’s pass was faded. Further investigation led to authorities to question that rider, who informed the inspector that he had purchased the pass on Craigslist, which then revealed that the MBTA had no record of its serial number.

END_OF_DOCUMENT_TOKEN_TO_BE_REPLACED

Matthew David Griggs, 19, has been indicted by an Essex County Grand Jury on Massachusetts Theft Crimes Charges for allegedly holding up the Lynnfield Street Market in Lynn. He is scheduled to be charged in Salem Superior Court for Armed Robbery While Masked and Gun Crimes Charges.

According to the Lynn Police Department, Griggs held up the Lynnfield Street Market in Lynn on March 6. Allegedly wearing a mask, he walked into the convenience store with a large hunting knife, ran behind the counter and grabbed $350 before fleeing in a grey car. Although Griggs was allegedly wearing a mask that only partially covered his face, the store clerk told Lynn Police that he recognized the man as a customer.

Several hours later, Matthew David Griggs reportedly turned himself into the Lynn Police Department and admitted that he was the man involved in the robbery of the convenience store.

END_OF_DOCUMENT_TOKEN_TO_BE_REPLACED 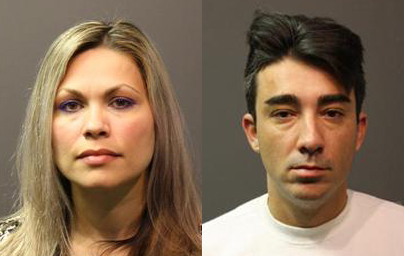 A couple was arrested Thursday afternoon on Massachusetts Theft Crimes Charges for allegedly convincing an elderly Braintree woman to let them into her home and then robbing her of cash and jewelry.

George DeMetro and Dina Miller, have been charged with Breaking & Entering in the Daytime and Receiving Stolen Property, and were arraigned this morning in Quincy District Court.

According to police, DeMetro and Miller, who are from North Carolina, allegedly claimed they were from a Massachusetts regulatory agency there to check on the electrical wiring on the elderly woman’s home. Miller then allegedly convinced the woman to come with him and check a shed in the backyard, while DeMetro gained entry into the home.