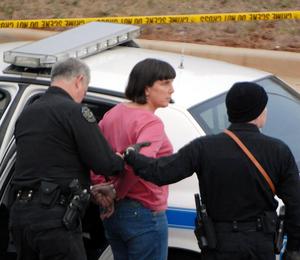 The Boston U.S. Attorney’s Office has reopened its investigation of the attempted mail bombing of Boston Children’s Hospital Dr. Paul Rosenberg. Amy Bishop, now charged with killing three other professors at the University of Alabama in Huntsville and shooting several others, along with her husband, James Anderson, are again named as suspects in that mail bombing.

In 1993, Dr. Paul Rosenberg received a package containing a bomb, but the package did not explode. The package was apparently sent shortly after Amy Bishop quit her job at Boston’s Children’s Hospital after a bad peer review by Dr. Rosenberg.

As previously reported in the Boston Criminal Lawyers Blog, in 1986, Amy Bishop was also questioned regarding the 1986 shooting and killing of her brother. She was not charged relative to that incident, authorities determining at the time that the shooting was accidental.

Recently, however, former Norfolk County District Attorney William Delahunt indicated that it was a mistake not charging Amy Bishop with murder for the 1986 shooting of her brother. The Norfolk County prosecutor working the case at the time, however, has said he had no knowledge of any key evidence that might have warranted criminal charges being brought against Amy Bishop.

A Boston Criminal Lawyer’s Thoughts on Amy Bishop – Does Socio-Economic Status Factor into Being Charged with a Criminal Offense?

From all the news reports and continued information being reported about the Amy Bishop shooting in Alabama, as well as her prior alleged involvement with the 1993 attempted mail bombing and 1986 killing of her brother, it is clear that this woman has some obvious mental health issues.

What truly surprises me, however, is the apparent failure of the Boston Law Enforcement community to truly investigate these prior incidents more thoroughly. All too often in my criminal practice, I see instances where the police and even the District Attorney’s Offices are too quick to charge someone with a crime. Whether there is a lack of evidence or even exculpatory evidence suggesting innocence, that person in most cases will almost always be charged. Perhaps they figure to just let the justice system do its thing? The Amy Bishop cases, though, seem to have had the opposite effect, i.e., that despite apparent evidence of criminal conduct, she was still not charged!

One might wonder whether Amy Bishop was not charged or was given the ‘benefit of the doubt’ simply because of her status of being a Harvard-educated doctor. Many present and former clients who are not as highly educated or who do not come from middle or upper class backgrounds have complained all too-often to me that they are typical ‘targets’ by the police because they live in Boston’s poorer neighborhoods with elevated crime levels.

Ever since I engaged in the practice of law as a criminal defense attorney, client after client has complained to me of unlawful police practices or misconduct. These complaints often come in the form that they were stopped by the police for no reason; or that they were literally attacked and unlawfully searched by very aggressive and over-zealous police officers.

It’s unfortunate that the Amy Bishop investigations would even lead to a discussion of whether criminal investigations are influenced by socio-economic status. Ultimately, it is the duty of the police and District Attorney’s Offices to prosecute crimes objectively and in ‘good faith’, blind to the sex, race or economic background of the purported suspect. Given the Amy Bishop cases, one might wonder whether they are truly objective.

If you believe you have been wrongfully targeted in a criminal investigation or wrongfully charged with a crime, Massachusetts Criminal Attorney Lefteris K. Travayiakis can help you. He can be reached via e-mail or directly at 617-325-9500.

More Details on the U.S. Attorney’s Investigation of Amy Bishop as reported by the Associated Press in the Washington Post.