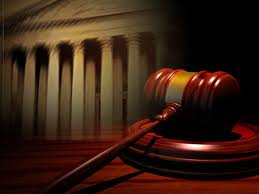 Those convicted of any crime in Massachusetts should always consider challenging their conviction by filing an appeal. One way to litigate a Massachusetts Appeal is asking the trial judge to consider a Motion for New Trial based on undisclosed evidence by the prosecution.

In order to secure a new trial on the basis of undisclosed evidence, a defendant must be able to establish 3 things:

Once the defendant has demonstrated to the trial judge that the evidence was potentially exculpatory, he must establish that he was prejudiced by not having had the benefit of this evidence. In order to establish prejudice, the assessment is whether there is a substantial risk that the jury would have reached a different conclusion if the evidence had been admitted at trial.

In a case recently litigated before the Massachusetts Supreme Judicial Court, the defendant had filed a Motion for New Trial based upon the prosecutor’s failure to produce exculpatory evidence.

In the case of Commonwealth v. Murray, the defendant had been convicted of 1st Degree Murder. During the trial, the defendant had brought forward a theory of manslaughter based on the assertion that the victim was a gang member. The trial judge, however, did not allow the defendant to refer to the assertion that the decedent and his friends were part of a “gang”, but only allowed him to reference their affiliation as a “group”. During the trial, the witnesses also denied they were part of a gang; and a police officer who testified at trial also stated that he wasn’t sure that the decent was a member of that ‘group’.

Two years after the trial, 20 members of that gang were indicted by state and federal prosecutors. Those indictments, however, contained an affidavit that referenced this group as a violent street gang; identified 3 of the witnesses who testified at trial as gang members; and also identified the decedent as a gang member.

Even though that the defendant’s attorney had not specifically requested the gang related information prior to the trial, the Massachusetts Supreme Judicial Court upheld the Motion for New Trial on the basis that the information contained in the affidavit could “bolster [the defendant’s] theory of the case, contradict the testimony of [witnesses], and demonstrate their motive to lie.”

In this regard, as a result of the newly discovered evidence, the judge ruled that there was a ‘substantial miscarriage of justice’ because, if the jury had heard this evidence, they could have reached a different verdict.