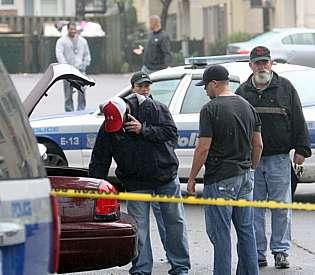 According to the Boston Police Department, officers were in Roxbury this past week looking for what they described as “gang members known to have outstanding warrants.” At a residence on Slayton Way, police came across several individuals, who allegedly fled upon the arrival of police officers.

One of the men, Tyre Wade, allegedly reached into his waist and pulled out a gun, which then discharged. He was eventually taken in custody and was subsequently arraigned in the Roxbury Division of the Boston Municipal Court on Gun Charges.

What is unclear is whether Tyre Wade was one of the men believed to have an outstanding default warrant. If not, then Tyre Wade may have have a viable defense in his case in challenging his Search & Seizure.

Boston Criminal Lawyer Lefteris K. Travayiakis is available 24/7 for consultation on all Massachusetts Gun Crimes, including Unlawful Possession of a Firearm.