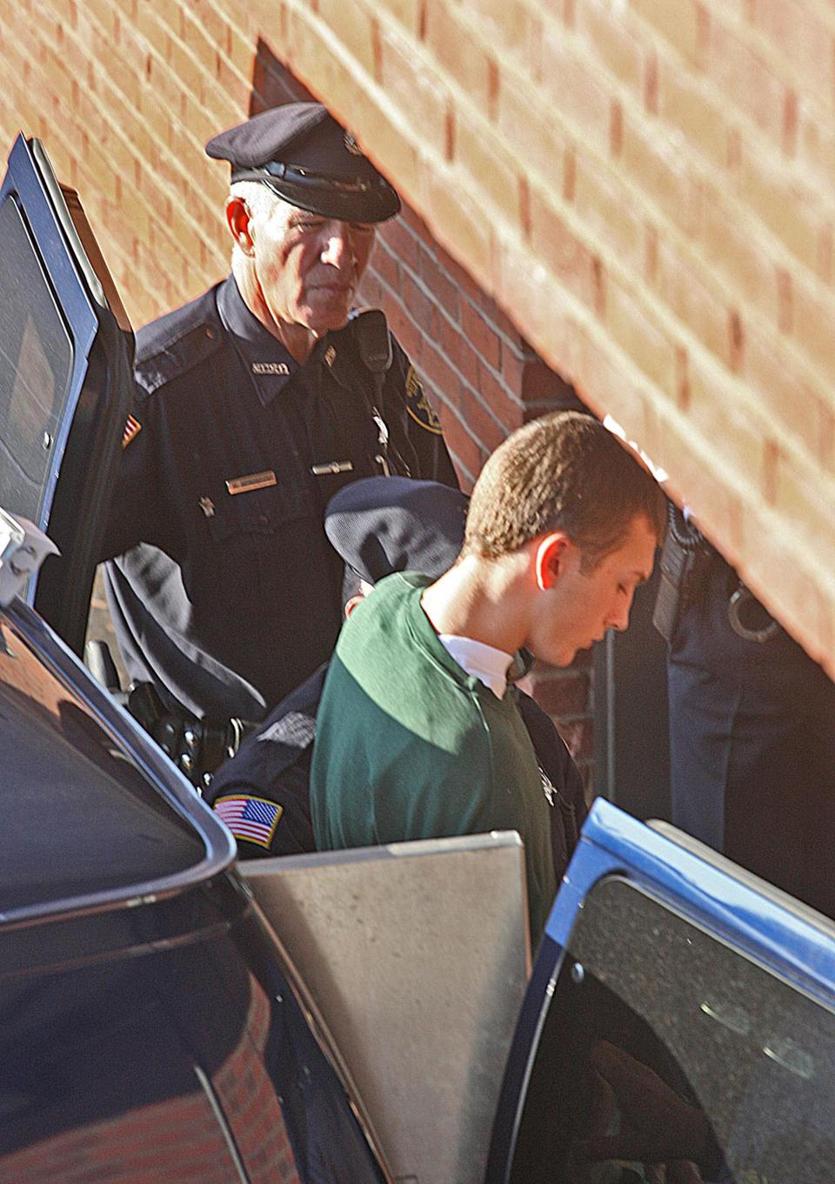 Rudolph was arraigned on 3 counts of 1st Degree Murder and 3 counts of Assault & Battery with a Dangerous Weapon.

According to the Norfolk County District Attorney’s Office, Donald Rudolph allegedly stabbed Frederick Medina to death, cut his throat and then stuffed a baby doll in his mouth. He also allegedly stabbed his sister, Caylin Rudolph, several times; and allegedly beat his mother to death.

Weymouth Police Officers were called to the family’s home last Thursday night after neighbors called police. On arrival, police officers reportedly observed Donald Rudolph to be covered in blood and hiding in the basement. He also allegedly told police “I fucked up…you will see when you go inside the house.”

Following his arraignment in Quincy District Court on Murder Charges, Donald Rudolph was held without bail and sent to Bridgewater State Hospital for a mental competency evaluation.

In Massachusetts, competency evaluations are conducted where there is a question of whether the defendant charged has the mental capacity to participate and assist his attorney in his legal proceedings. If, after evaluation, the court makes a determination that the defendant is not competent, i.e., unable to comprehend the legal proceedings against him and/or that he is unable to help in his defense, then he will be found incompetent.

Under Massachusetts case law, the standard is whether the defendant sufficiently “has the present ability to consult with his lawyer with a reasonable degree of rational understanding – and whether he has a rational as well as factual understanding of the proceedings against him”.

Notably, there is a legal difference between a defend who is found incompetent to stand trial and one who asserts an Insanity Defense. Whereas competency is relative to the defendant’s state of mind at trial or during the criminal proceedings; insanity refers to his state of mind at the time of the alleged crime.

Boston Criminal Lawyer Lefteris K. Travayiakis is available 24/7 for consultation on all Massachusetts Crimes of Violence Charges, including Murder and Assault & Battery with a Dangerous Weapon.