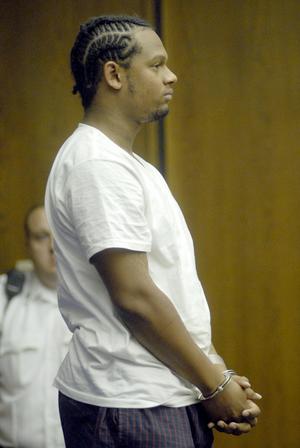 According to the Cambridge Police Department and the Middlesex County District Attorney’s Office, on March 19, 2006, Cambridge Police were called to investigate a shooting on Hamilton Street in Cambridge. Once on scene, officers found Davis lying on the sidewalk suffering from multiple gunshot wounds.

In addition to Sherrod Bright, his brother, Ahmad Bright, 17 of Dorchester, was indicted by a Middlesex County Grand Jury on Second Degree Murder Charges and Unlawful Possession of a Firearm; and Remel Ahart, 21 of Cambridge, was also charged with First Degree Murder, Armed Assault to Murder, and two counts of Unlawful Possession of a Firearm. Cambridge Police allege that Ahart shot Davis from the backseat of a car near where his body was found, and that Bright participated in the shooting as a Joint Venturer. Both Ahmad Bright and Remel Ahart have been previously found guilty of these charges.

Sherrod Bright was not initially arrested, but later turned himself in to answer on the charges. He was initially indicted for First Degree Murder, Accessory Before the Fact of Murder, and Conspiracy to Commit Murder. According to the Cambridge Police and the Middlesex County District Attorney’s Office, Sherrod Bright allegedly ordered Davis to be murdered, and Ahmad Bright and Remel Ahart carried out his orders.

With several years’ of experience defending a wide variety of Crimes of Violence in Boston and throughout the Massachusetts Courts, Attorney Lefteris K. Travayiakis is available 24/7 to explain your legal rights and help defend you against Murder Charges.