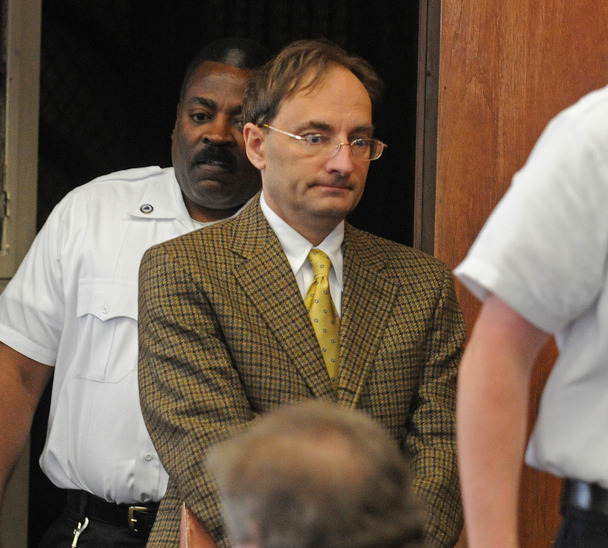 Christian K. Gerhartsreiter, 50, who gained fame as “Clark Rockefeller” from the Massachusetts Kidnapping case involving his daughter, was recently indicted by Los Angeles County prosecutors for the Murder of John Sohus, 27.

Clark Rockefeller is currently serving a 4-5 year Massachusetts state prison sentence for the crime of Kidnapping his daughter following a custody dispute with his wife. In that case, he was charged with kidnapping his 7 year old daughter, Reigh, from a supervised visit from his former Back Bay apartment in Boston in July of 2008. He had also been charged and convicted of Assault & Battery with a Dangerous Weapon.

Following his arrest in that case, it was revealed that “Clark Rockefeller”, as he was known by his wife, friends and everyone else, had also assumed various false identities over the years and was really a German national by the name of Christian K. Gerhartsreiter.

Shortly after his arrest for those Massachusetts Crimes, Los Angeles County prosecutors declared Rockefeller a ‘person of interest’ for the unsolved 1985 murder of John Sohus and his wife.

Sohus’ body was discovered in 1994 in the backyard his own home in San Marino. The body of his wife, however, does not appear to have ever been located. According to prosecutors, an autopsy of John Sohus’ body reportedly revealed evidence that he had suffered from ‘blunt force trauma’ to the head.

At the time Sohus went missing, a man who was known as Christopher Chichester lived in the guest house behind Sohus’ home. Chichester, now believed to have been Clark Rockefeller, also ‘disappeared’ from the area around the same time the Sohus couple went missing…

Boston Criminal Lawyer Lefteris K. Travayiakis is available 24/7 for consultation on all Massachusetts Crimes, including Murder and Kidnapping.