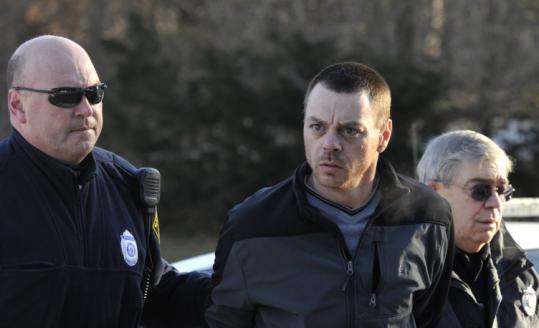 Upon his arrest on the Massachusetts Theft Crimes Charges, Depasquale was also determine to be a fugitive who had been on the Most Wanted List of the Massachusetts State Police Violent Fugitive Apprehension Division.

DePasquale had been wanted for allegedly Kidnapping a 27 year old disabled women in Hopkinton, Massachusetts, in late January. According to Massachusetts State Police, DePasquale is alleged to have tied her up in a vacant vehicle in Oxford and then left her in the car alone overnight during one of the snow storms.

For those charges, DePasquale is expected to be arraigned next Tuesday on several Massachusetts Crimes of Violence Charges, including Kidnapping and Assault & Battery.

It was also reported the DePasquale’s criminal history includes a 1995 Massachusetts Manslaughter conviction, for which he was sentenced to 10-12 years in state prison, which explains why he was held on $100,000 bail for the theft of the car in Hyannis.