A Boston man and woman from Dedham were arrested by Braintree Police Officers this yesterday on Massachusetts Drug Crimes Charges in what police are calling a “month-long investigation.”

Aris W. Veras, 35, of Boston, and Luz M. Cepeda, 29, of Dedham, have both been charged with Drug Trafficking, Distribution of Heroin and Cocaine, and Possession with Intent to Distribute Drugs.

END_OF_DOCUMENT_TOKEN_TO_BE_REPLACED

Lowell Police yesterday arrested four people on Massachusetts Drug Crimes Charges in connection with the seizure of 75 pounds of marijuana and 2 guns.

Mao Keo is also charged with Massachusetts Gun Charges and being an Armed Career Criminal.

END_OF_DOCUMENT_TOKEN_TO_BE_REPLACED

Brisbois, who was reportedly living at the Occupy Boston camp in Dewey Square, allegedly sold clonodine pills to undercover Boston officers in a bathroom at the South Station bus terminal.

He was charged with Possession with Intent to Distribute Drugs and is scheduled to be arraigned in Boston Municipal Court this morning.

END_OF_DOCUMENT_TOKEN_TO_BE_REPLACED

The Boston Police Department and Boston Mayor Thomas Menino recently announced that they are targeting convenience store owners, primarily in Roxbury, who allegedly sell drug paraphernalia, such as “crack pipe kits”, and charging them with violating the Massachusetts Drug Crimes Laws.

The investigation was reportedly initiated after complaints from the neighborhood that the stores selling these items would attract too many drug users and addicts.

In all, the Boston Police Department reportedly focused their attention on 14 locations and seized various items the store owners were selling to customers, including ‘crack kits’, illegal poker machines, Viagra pills, glass smoking pipes, and other items that drug users can allegedly use to support their habit.

END_OF_DOCUMENT_TOKEN_TO_BE_REPLACED

He had also previously been charged in Quincy on Gun Crimes Charges as well as Larceny of a Motor Vehicle and Leaving the Scene of an Accident.

According to the Norfolk County District Attorney’s Office, Destin Jean was arrested following the execution of a search warrant after he had reportedly been the subject of a ‘month long investigation’ of alleged drug crimes.

END_OF_DOCUMENT_TOKEN_TO_BE_REPLACED 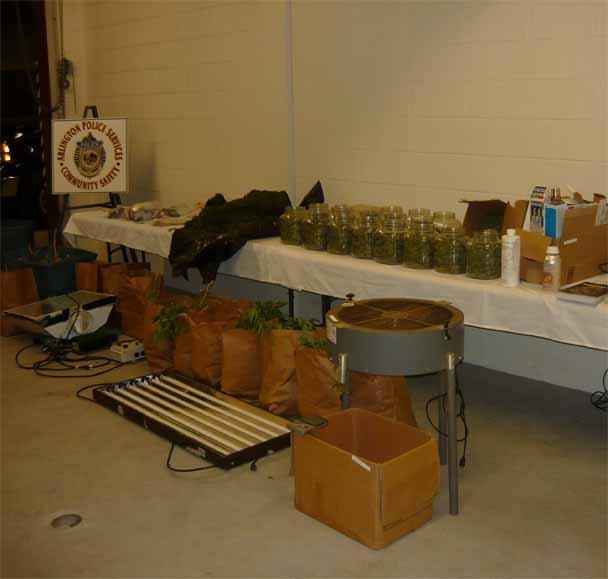 Jonathan M. Pore, of Arlington, was arrested on Massachusetts Drug Charges after Arlington Police found 111 marijuana plants in his home this week. Pore was arraigned this morning in Cambridge District Court and charged with Possession with Intent to Distribute a Controlled Substance.

According to the Cambridge Police Department and the Middlesex County District Attorney’s Office, the apartment allegedly belonging to Pore was searched yesterday and allegedly found to contain 111 marijuana plants, about 46 pounds, with a reported street value of over $120,000. Police also allegedly seized $6,300 and 3 scales.

It’s unclear whether Jonathan Pore was present when the apartment was searched; whether there were any other occupants present and/or if anyone else resides in the home; nor what led police to focus a drug investigation on Pore and/or the apartment.

END_OF_DOCUMENT_TOKEN_TO_BE_REPLACED

Emily McCarthy, a bartender at Paddy Barry’s Bar in Quincy, was arrested last week on Massachusetts Drug Charges after she allegedly sold pills during her shift. She was arraigned in Quincy District Court on the charge of Possession with Intent to Distribute Drugs.

According to the Quincy Police Department, an officer working a detail on Hancock Street allegedly observed Emily McCarthy engage in a suspect drug transaction with a truck that had pulled up to the bar. Although the officer apparently admitted not seeing what, specifically, was exchanged, based on his ‘training and experience’, he believed that a drug sale had just occurred.

After the truck left, the officer requested other officers to stop the truck and during questioning about the meeting with McCarthy, the driver, John Saturno of Milton, allegedly told police that he had lent McCarthy $40. The Quincy Police, however, searched the truck and allegedly seized 100 pills of Gabapentin. Meanwhile, Emily McCarthy was approached by officers as well. She was searched and from her person police allegedly seized 12 oxycodone pills.

END_OF_DOCUMENT_TOKEN_TO_BE_REPLACED

According to the Middlesex County District Attorney’s Office, Natick Police allegedly observed Luis Hernandez engage in a drug transaction from the parking lot of his Natick apartment. Police then followed the alleged buyers, Gina Stucchi and William Roberts, to a parking lot in Framingham off Route 9 and allegedly observed them attempting to himself with cocaine or heroin. One of the passengers in the car, Maria Woods, allegedly told police they had purchased the drugs from Luis Hernandez.

Natick Police stopped Luis Hernandez sometime thereafter and he allegedly admitted to having drugs in the car, as well as drugs in a safe in his apartment. Officers then searched Hernandez’ apartment and allegedly recovered cocaine and drug paraphernalia.

END_OF_DOCUMENT_TOKEN_TO_BE_REPLACED

Michael Dell’Isolia, a sergeant for the Middlesex County Sheriff’s Department assigned to the Cambridge Jail, was arrested on Massachusetts Drug Charges for following a sting operation. He is scheduled to be arraigned tomorrow in Woburn District Court on drug charges including Drug Trafficking in Cocaine.

The inference by statements of Middlesex County Sheriff, Peter J. Koutoujian, is that the investigation into Michael Dell’Isolia was initiated by the Sheriff’s internal affairs department, possibly suspecting that Dell’Isolia was allegedly smuggling drugs into the Cambridge facility. From there, the Middlesex County Sheriff’s Department referred the investigation to the Massachusetts State Police.

END_OF_DOCUMENT_TOKEN_TO_BE_REPLACED

Ronald McGinn Jr., a Massachusetts Corrections Officers, has been arrested on Drug Charges for allegedly attempting to smuggle drugs into the Norfolk County House of Corrections. McGinn was charged with Possession with Intent to Distribute a Controlled Substance.

According to the United States District Attorney’s Office, the Massachusetts Corrections Officer allegedly met with an undercover FBI agent and agreed to smuggle heroin into the Norfolk County House of Corrections after discussing what fees he would charge for selling the drugs to inmates.